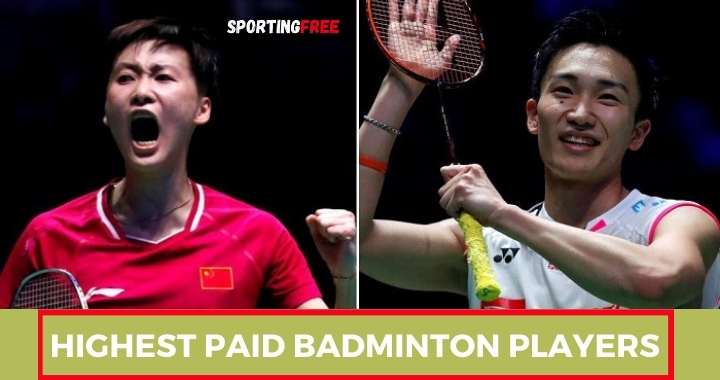 How many of you are aware that badminton was invented in India? Yes, the sport’s origin traces back to British rule in India. The game was invented by the British in India, dominated by Asia specifically China, and loved and played worldwide. BWF in December declared the world’s top 10 highest paid badminton players.

Badminton World Federation holds numerous tournaments each year and by year-end, they release the list of highest prize money winners.

Badminton is a vast sport with various formats such as Men’s Singles, Doubles, Women single’s, Doubles, and Mixed doubles. Thus opening space for many countries to regulate various badminton tournaments.

However, BWF has divided these tournaments into various hierarchy of categories similar to tennis.

Big players each year take part in these series and at the end of the year top 8 ranked players get to play in the BWF World Tour Finals and the winner emerges to be crowned as the top-ranked player as well as the highest-paid player of the year.

BWF calculates the prize money of participants and thus releases the list of highest-paid badminton players.

It is very evidently clear as to what level the game is dominated by Asia. All the top 10 players in the list from the world are from Asia and that too specifically from just 4 countries.

While Chen Yu fie who claimed the second spot in the overall ranking and is the highest-earning female badminton player in the world.

Though its saddening to see no Indian player on the list. But it’s worth mentioning that PV Sindhu is the highest-earning badminton player in our country with a net worth of USD $105,004.

Disclaimer: The above information about the Highest Paid badminton players are based on the analysis, research and reports released by the BWF.