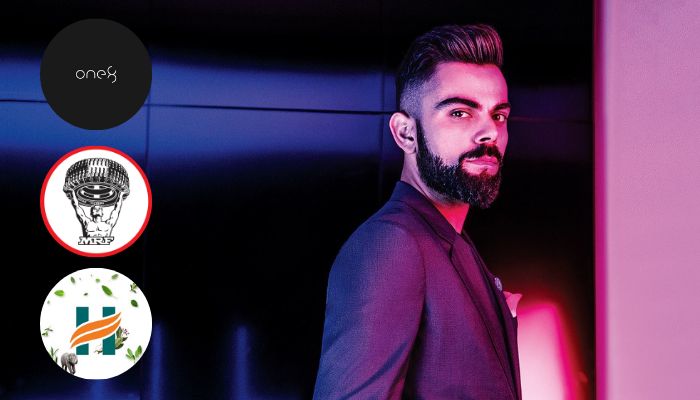 Virat Kohli Advertisements List 2022: All the Brands Endorsed by Kohli

Indian National Team captain Virat Kohli has time and again proved why he is the best and highest-paid cricketers. Kohli not only mesmerised everyone with his performance on the field but off the field also, he is disciplined and dedicated. This is the reason why he was recently named in the top 100 highest-paid athletes list by Forbes. Here is the list of Virat Kohli advertisements in 2022 and the brands currently Kohli endorses.

Kohli is the highest-paid cricketer in the world with a net worth of $28 million dollars. Much of his income is from endorsement. The list of brands endorsed by Viraf Kohli is here.

The pair of Virat Kohli and Anushka Sharma signed a $10 million deal with Myntra in 2019. Since then both have been seen together in numbers of Myntra ads.

Wrogn is a popular clothing brand. In 2014, Kohli became the brand ambassador of the brand. Moreover, he bought shares of the company and became the co-owner. He has seen wearing wrogn clothes at public events.

Virat Kohli created history when he became the first Indian sportsperson to sign a 110 cores deal with a single brand. Kohli promotes Puma and it’s variant brand One8. The deal will end in 2025.

Virat Kohli with his fitness has set to become the epitome of physical fitness. Wellman made full use of the image and in 2019 signed a deal with them. Virat Kohli was seen in Wellman ads and endorsing its products. He shared a message about why Wellman products are healthy and help one achieve the desired fitness.

Great Learning is an Edtech company. Kohli associated with it in September 2022. He is currently part of GL latest campaign i.e Power Ahead. The campaign focus on the importance of higher education.

Virat Kohli has been endorsing Himalaya since 2019. He was part of the Himalaya Men Face Care Range campaign. Along with him Rishabh Pant also signed a deal with Himalaya in 2019.

MPL is a mobile eSports platform. Right before the 2019 World Cup, MPL signed Virat Kohli as it’s a brand ambassador. The deal initially was signed for 12 crores got revamped in January last year.

Sun Pharma signed Virat Kohli as the brand ambassador of Volini in the year 2018. Volini is a pain relief gell mostly used by sportsperson.

Muveacuostics was launched by Virat Kohli in 2017 In associate with Hong Kong’s company Zeeva. The Indian Batsman promotes Muveacuostics earphones and other products.

Virat Kohli and Too Yumm signed a deal in 2018. Too Yumm is a food industry company. He did few ads for Too Yumm also and tried to break the notion that eating chips are unhealthy.

Kohli is now the official Brand Ambassador of Uber India.

Three years ago in 2018, Virat Kohli renewed his deal with MRF. MRF is the official sponsor of Virat’s bat which he uses while playing. As per the report, the deal signed is said to be 110 crores.

Phillips India signed a deal with Virat Kohli in 2018. As per deal, he endorsed Phillips various grooming product. Since Virat Kohli is also a fashion and known for his bread, Phillips earned huge profits after roping Kohli.

If been years since Virat Kohli has been endorsing Vicks. He also has done a handful of TV commercials of it. Vicks brings relief it cold and cough.