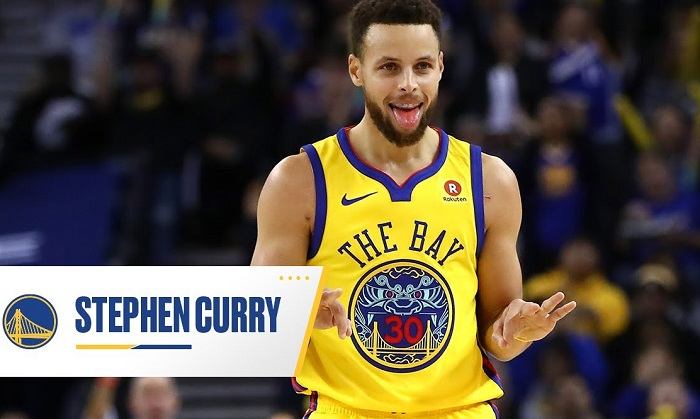 According to reports, the 33-year-old Golden State Warriors star player Stephen Curry net worth is $130 million.

Golden State Warriors star, Steph Curry is one of the world’s most famous basketball players in the world. He has won three NBA championships and two MVP. The 33-year-old was recognized for his game, known as the greatest shooter of all time. He is the son of former player Dell Curry.

Stephen Curry is all set to become the first player in NBA history to sign a $200m+ contract twice as he looking to continue playing for the Golden State Warriors. So far only six players have signed a $200m+ contract in the history of the NBA.

Currey had a $201 million deal for the five years with Golden State Warriors and the star is looking positive to extend the relationship with the team for about $215 million over four years contract.

Enjoying the best form of his life, GS Warriors biggest star, Stephen Curry played a major role in the qualification of his team to the playoffs and aims to break many records.

Stephen Curry’s net worth is estimated at $130 million, according to Celebrity Net Worth. The average salary payout of Warriors Star is approximately $70 million.

With his 5-year contract with the Warriors and $201,158,790, Curry became the first NBA player to earn over $40 million in a season. The NBA star is sixth among the Forbes’ highest-paid athletes in the world in 2023.

Steph Curry’s investments are managed by the company called SC30 who look after his sponsorships and endorsements with the brands.

He partnered with Callaway to start the golf program at Howard University. He also has an equity share in the company called Oxigen that produces and sells premium water for muscle recovery.

Apart from all these, his Unanimous Media company has signed a deal with Sony Pictures to produce movies and shows.

The new deal between Curry and Under Armor is about $20 million annually and will last until 2024. Initially, Curry signed a $4 million annual deal with Under Armor and renovated this contract in September 2015.

Since Nike had bid him under $ 2.5 million a year and he declined to match Under Armour’s request, the two-time NBA MVP agreed to join Under Armor.

Curry’s value is likely to be $14 billion to the Brand, according to the Bleacher Report.

Curry was born in Akron, Ohio, on 14 March 1988.  Since his father was selected on the NBA expansion draft, he grew up in Charlotte, N.C. Stephen Curry casually began basketball with his father. Before Dell completed his career as a Raptors, the Curry family moved to Toronto. In college, he also played basketball for Queensway Christian for an unbeaten season.

He began playing with the Toronto 5–0 Club Squad, where he faced Kelly Olynyk and Cory Joseph. In the sophomore year, Curry’s breakthrough season was at Davidson when he had an average of 25.9 points, 2.9 assists and 2.1 games in the season and that’s when the team reached Elite Eight.

He won Associated Press’ All-America Second Team recognition. He averaged 28.6points, 5.6 assists and 2.5 steals before admission to the NBA.

Curry has many 3 pointers records to his name , here are few

He was the youngest player to hit 1,000 career 3-pointers before James Harden made the landmark 12 days later.

It took Curry just 597 games to reach the 2,000 marks, an incredibly 225 fewer games than the last record holder, Ray Allen.

Only NBA’s player can score 50 points and score 10 3 points multiple times in a single game.

Most three pointers in the NBA Finals.

He also has Chase, Nissan, Rakuten, Sony, JP Morgan, Brita, Unilever and Vivo’s endorsements. It was reported that from his sponsorship he makes about $42 million.

DISCLAIMER: The above information and figures about Stephen Curry net worth and other details are based on trusted sources and media reports.