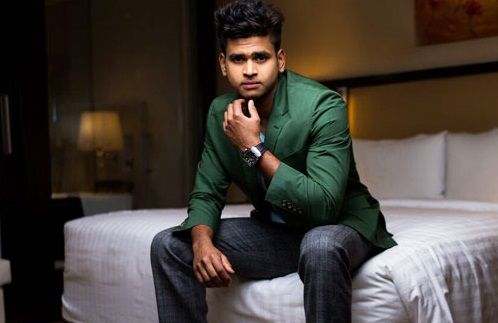 Shreyas Iyer is a promising member of the new batch of young prospects in Indian cricket. Iyer plays international cricket for India and first-class cricket for India A, plays for Mumbai in domestic cricket, and in the Indian Premier League, he captains Delhi Capitals. He is enjoying immense success on the cricket field which also reflects on the Shreyas Iyer net worth.

As a right-hand top-order batsman and part-time right-arm off break, the 24-year-old has played for India’s national cricket team in ODIs and Twenty20 Internationals.

He has appeared in the 2014 ICC Under-19 Cricket World Cup for the Indian Under-19 cricket team. He is currently the answer to India’s No.4 conundrum. Shreyas Iyer got a whopping 2.6 Crores from a base price of 10 Lakhs and won the distinction of becoming the 2015 auction’s highest- uncapped player- IPL lingo for the most wanted uncapped player.

At the time, Delhi Daredevils’ assistant coach Pravin Amre was responsible for getting Iyer to Delhi. Iyer didn’t let down his childhood coach. After scoring 439 runs in the tournament, he was the town’s talk, earning himself the emerging player award, and showcasing his aggressive style of play and knocking for an India call-up on the selectors’ doors.

Currently, Shreyas Iyer’s total net worth is reportedly between $1 million to $5 million, according to networthspedia.com.

Iyer also receives a match fee of 2 lakh per ODI match, and 1.50 lakhs per T20 match, in which he features. He also receives several performances based cash bonuses for scoring a half-century, century, or a double test century and man of the match/series performances.

Shreyas Iyer is one of the youngest captains in the Indian Premier League (IPL) and earns a retainer fee salary of Rs 7 crores for being a part of the Delhi Capitals.

Shreyas Iyer is relatively new to the brand endorsement world and hasn’t bagged a lot of endorsement deals yet but has inevitably attracted big brands and recently signed a bat endorsement deal with CEAT one of the leading Indian tire manufacturers. He joins an elite list of players who also endorse for CEAT like Ajinkya Rahane, Rohit Sharma, Indian Women skipper Harmanpreet Kaur, Mayank Agrawal and Shubman Gill.

He also signed an endorsement deal with boAt.