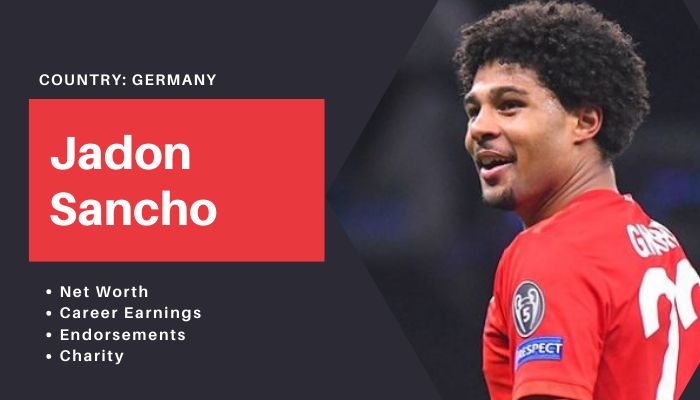 Serge Gnabry is a German professional footballer who plays as a winger for Bayern Munich and the German national team. The 25-year-old winger surprises everyone with his pace, passing and goal setting skill. According to our research, Serge Gnabry net worth is around $8 million.

Serge Gnabry’s journey from being an outcast at West Bromwich Albion to a superstar at Bayern Munich has been inspirational. Gnabry was born on 14 July 1995 in Stuttgart, Germany. As a youngster, he was prolific at both track- field sprinting and football but chose football.

Gnabry has won 2 Bundesliga titles, 2 DFB Pokal, 1 German Supercup,1 Champions League, 1 UEFA Super Cup with Bayern. With many more years of football to come, Gnabry has a great future ahead.

Gnabry emerging as one of the best footballers in the world was sponsored by Nike until the end of 2018. Currently, he has an endorsement deal with the sporting brand Adidas. He is associated with a charity organization named Common Goal.

He began his career at the youth academy of Stuttgart. Gnabry was scouted by Arsenal and joined them in 2011. He could not find his feet at the gunners and hence was loaned out to West Brom. He faced further setback at West Brom where he was outcast and termed as unfit to represent the team by the then manager Tony Pulis.

He joined German side Werder Bremen in 2016 and had an impressive season at the club scoring 11 goals in 27 matches. His outstanding stats and promising performances caught the eyes of Bayern Munich who signed him immediately the next season.

He was loaned out to Hoffenheim by Bayern so that he could get more experience of the German Top flight football. His record was excellent at Hoffenheim where he scored 10 goals in 22 appearances helping the team achieve 3rd place finish and champions league qualification. He has played 20 matches for Germany national side and scored 15 goals.

Gnabry has been a Bayern Munich regular player since 2018. He has more than 100 appearances for the Bavarians and has scored 49 goals since then. He was a vital part of the Sextuple winning Bayern Team of 2019-20 season and contributed by scoring 21 goals and assisting 12.

Disclaimer: All the facts and figures about Serge Gnabry net worth are based on analysis, research, interviews, official statements, reliable sources, and reports released by trusted sources.