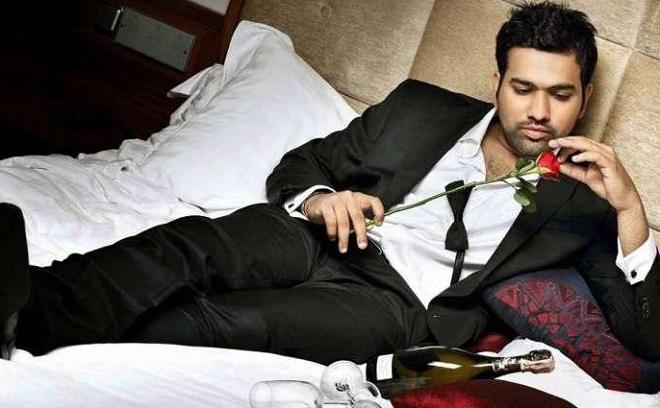 One of India’s best and destructive opener Rohit Sharma or as the fans call him ‘Hitman’ is loved by every Indian fan for his gigantic sixes and daddy tons. The 32-year-old stylish right-handed batsman is the current vice-captain of the Indian team and captain of the defending champions Mumbai Indians in the IPL. Sharma has witnessed a lot of success in his career and becomes one of the highest-paid cricketers which also increase the Rohit Sharma net worth.

He is a veteran of the white ball format and one of the best modern-day batsmen the world while he just recently debuted as an opener in test cricket and already started breaking records. Rohit holds the record for being the only batsman to score a century in both innings of a Test on debut as an opener also the unique record of scoring three ODI DoubleR centuries.

He had faced a lot of ups and downs in his career, but his career jumped start after then skipper MS Dhoni promoted him as an opener in Champions Trophy 2013, Sharma has redefined himself as a batsman and second to none when it comes to six-hitting. Rohit’s bank balance has also taken a rise along with his career.

Rohit earned Rs 54.29 crores in 2023 alone. He ranked 11th on the Forbes 2023 Celebrity 100 list. Rohit Sharma’s total net worth is reportedly around $18.7million or Rs 140 crores. The main sources of his income are the BCCI contract, match fees, the IPL, and endorsements.

Apart from Jasprit Bumrah and Skipper Virat Kohli, Rohit Sharma is the only other player who comes under the new A+ category of the BCCI Annual contract, and these three players will get Rs 7 crore. As he is a vital player in India’s Playing XI in all three formats.

He also receives a match fee of Rs 15 lakh per test match, 6 lakh per ODI match, and 3 lakhs per T20 match, which he plays. He also receives several bonus cash rewards for scoring a half-century, century or a double test century.

Rohit is one of the highest-paid players in the Indian Premier League (IPL), with a retainer fee of Rs 15 crores for being a part of four-time IPL champions Mumbai Indians.

He also endorses brands in a cross deal with his IPL franchise Mumbai Indians with companies Jio and Videocon D2H. He earns around a total of 7 crores from his endorsement deals alone.