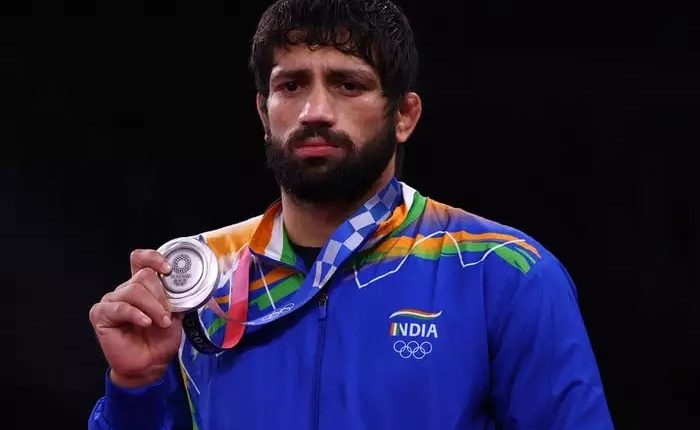 Ravi Kumar Dahiya is an Indian professional wrestler who represents in the 57 Kg freestyle category. Wrestler Ravi Kumar Dahiya fought the final match against Zavur Uguev of Russia but lost the fight and had to settle down for a silver medal in men’s freestyle 57kg at the Tokyo Summer Olympics 2022. Let’s know more about the Indian wrestling star Ravi Dahiya’s career and net worth.

He was undefeated at the 2019 Pro Wrestling League, representing the title-winning team, Haryana Hammers. Ravi Kumar qualified for the Bronze medal of the 2019 Asian Wrestling Championships in Xi’an but ended at the 5th position after losing the match.

Ravi Dahiya is currently in action at the Tokyo Olympics, where he will play for the Gold medal in the final of freestyle wrestling. Dahiya’s qualification to the final has guaranteed India another medal at the Olympics.

Ravi Dahiya Net Worth and Salary

Ravi Kumar Dahiya earns a monthly salary of 50,000 as part of the Ministry of Youth Affairs and Sports’ flagship program, the Target Olympic Podium Scheme (TOPS). Ravi Dahiya’s net worth is not yet reported.