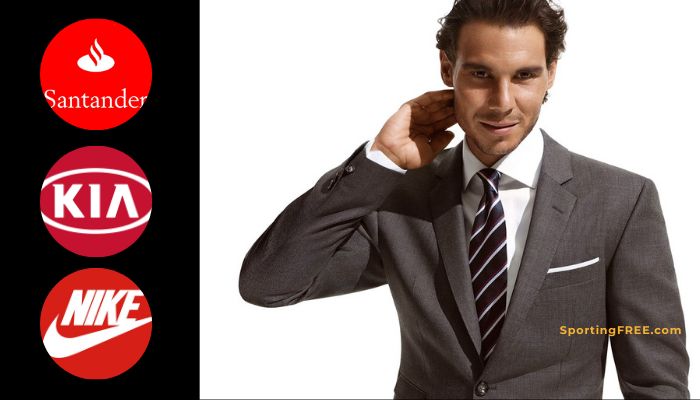 All the Brands Endorsed by Rafael Nadal

Although Rafael Nadal is moreover known for his on-court heroics, he too like his arch-rival Roger Federer has managed to build a reasonably impressive brand portfolio. Rafael is associated with several brands in quite diverse markets. Nadal has been quite successful off the court commercially, he is ranked 27th on the Forbes list of most paid athletes in the world. Here are some most popular brands endorsed by Rafael Nadal in 2022 and makes money from.

All the Brands Endorsed by Rafael Nadal

Nadal is also well known for his philanthropy through his Rafael Nadal Foundation. Nadal’s brand logo the ‘Raging Bull’ is a representation of his style of play on the tennis court. This is the list of the brands endorsed by Rafael Nadal.

The Swoosh has been the King of Clay’s tennis Kit sponsor since 2008. Nike and Nadal signed a sponsorship deal for 10 years. The Spaniard reportedly earns $10 million a year through his contract with Nike.

Kia Motors is a South Korean Automobile manufacturing company, Rafael Nadal is the global brand ambassador for the company since 2006.

Babolat is a tennis equipment company and is Rafael Nadal’s tennis racquet sponsor. Nadal and Babolat go very long back, since his teenage days Babolat has been sponsoring the tennis legend’s racquet. Babolat is the third brand endorsed by Rafael Nadal on the list.

Banco Santander is a financial services and banking company based in Santander and Madrid in Spain. It is the 16th largest banking institution.

Telefonica is endorsed by Rafael Nadal which is a telecommunications company. He is a global brand ambassador of multi-national company based in Spain.

Cantabria Labs or popularly known by the name Heliocare is a pharmaceutical company and named Rafael Nadal as their brand ambassador since 2019. They are popular for their sun protection skincare products.

Richard Mille is a renowned Swiss watch manufacturing and designing company. Rafael Nadal has been the brand ambassador of this heritage watchmaking company for over a decade.

Apart from winning hearts on the tennis court, Nadal is also winning hearts with his actions of philanthropy. He is the founder of the Rafael Nadal Foundation, which has the goal to provide equal opportunities to underprivileged children in Spain and India.