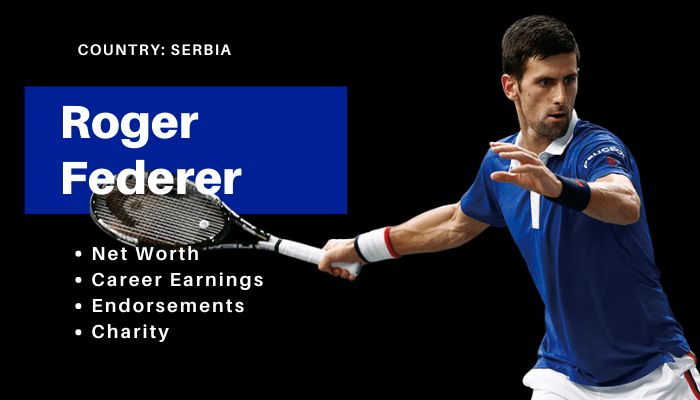 Hailing from Serbia, Novak Djokovic is a professional tennis player. He has won 18th grand slam titles (3rd highest). The Serbian is currently at the #1 position in ATP Rankings 2022. Novak has been at no.1 position for 321 weeks, the highest by any player. He is the only player to win all ATP titles and grand slam titles. One of the richest tennis players, Novak Djokovic, was the first player to earn $100 million in prize money.

The defending champion Novak Djokovic will play the Sunday’s Wimbledon men’s singles final against Matteo Berrettini. The winner of men’s singles will earn around $2.4 million, a 27.6 per cent drop in the winner prize money from the last year but definitely would increase Djokovic’s current net worth.

As per Celebrity Net Worth, Novak Djokovic net worth is estimated at $220 million. He is the all-time leader in prize money earnings in tennis. Djokovic has earned US$ 145,656,177 so far as prize money. In 2017, he signed a deal with Lacoste. ASICS also sponsors Novak.

He was born on May 22nd of 1987, in Belgrade, Serbia. Novak started playing tennis at the age of 4. Jelena Genčić recognised Djokovic talent and trained him for over 6 years. Aged 11, she sent him to Germany to train under Nikola Pilić. In the year 2003, he turned professional.

The year 2015 was considered the best year of Novak Djokovic’s career. In 2015, he won three grand slams, ATP World Tour finals and numerous other ATP tournaments.

He achieved the career grand slam (winning all 4 grand slams) in 2016. On his way to the final of the French Open 2016, he defeated favourite Rafel Nadal. In the finals, Novak trounced Andy Murry.

Disclaimer: All the facts and figures about Novak Djokovic net worth are based on the analysis, research and reports released by trusted sources.