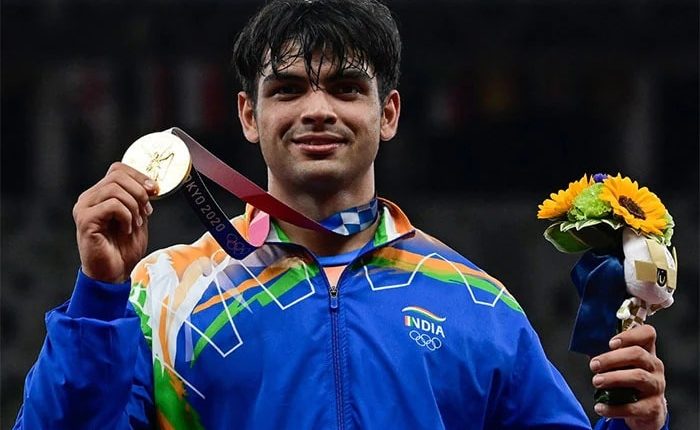 Who is Neeraj Chopra? He is an Indian professional athlete who represents India in Javelin Throw. Neeraj is a Junior commissioned officer in the Indian Army. Chopra became the youngest Indian Gold medallist in an individual event when he won the Gold at Tokyo Summer Olympics 2022. The shower of rewards are on Javelin thrower Neeraj Chopra after winning the gold in the Olympics and that is likely to increase Neeraj Chopra’s net worth. Le’s know more about the Neeraj Chopra.

Neeraj Chopra was born on 24 December 1999 in Khandra Village, Panipat district of Haryana. He is the son of farmers Satish Kumar and Saroj Devi. Chopra completed his education at D.A.V. College Chandigarh.

Neeraj won his first international medal in 2014 after bagging a silver medal at the Youth Olympics Qualification in Bangkok. He followed his silver medal with a world record throw of 81.04 metres in the junior category at the 2015 All India Inter-University Athletics Meet.

Neeraj Chopra is one of only two Indians to win an individual Olympic Gold medal. He is the first and the only Indian sportsperson to win gold at his Olympics debut. Neeraj Chopra’s Gold medal at the 2022 Tokyo Summer Olympics was India’s first athletics medal after a century.

According to reports, Neeraj Chopra has an estimated net worth of $1-$3 million. He is sponsored by JSW Sports and Sports Authority of India (SAI).

DISCLAIMER: The above details and salary figures about Neeraj Chopra net worth and salary are based on trusted sources and media reports.