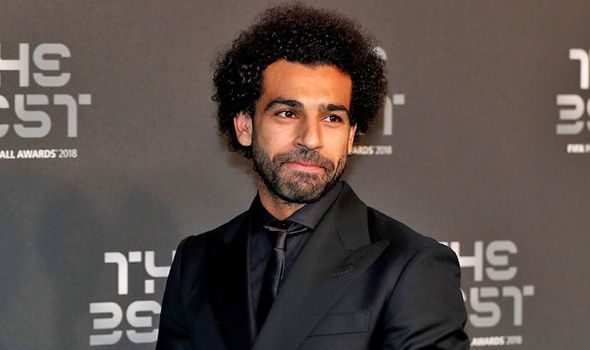 Mo Salah, as the fans like to call him, had started his career in 2010 when he played for El Mokawloon youth club, and later FC Basel, a Swiss Super League club, signed a four-year contract with Salah. During his stint with Basel, he won the SAFP Golden Player award and CAF Most Promising Talent of the Year in 2013 and 2012, respectively.

The 28-year-Old then joined Chelsea during the 2014-15 season. Still, then Chelsea manager Jose Mourinho didn’t give Salah a lot of game opportunities and loaned him to Serie A side Fiorentina in exchange for Juan Cuadrado.

In August 2015, Mo Salah was Signed on loan for 5 million Euro by AS Roma. He was wearing the No. 11 jersey Salah had a fantastic season and was named Player of the season, Roma made his move Permanent with a 15 million Euro deal.

In June 2017, Mo Salah finally made his return to the Premier League after Signing with Liverpool for a transfer fee of 42 million Euro. Salah then took the footballing world into a rollercoaster ride, creating a record of scoring 32 league goals in a single season and bagging the Premier League Golden Boot for the season.

He helped Liverpool qualify for their first UEFA Champions League final in 11 years. In the final, he got injured in his left shoulder by Sergio Ramos’s challenge and had to leave the field.

The Egyptian Messi has gained a lot of fan following in a short span, his net worth and earnings have jumped high after his gain in popularity around the world.

Mohamed Salah Net Worth in 2023

According to several reliable sites, Mo Salah’s Net Worth is around $90 million or roughly 80 million euros. He was ranked 98th in the Forbes list of Highest-Paid Athletes Earnings in 2019 with $25.1 million.

Salah was paid £90,000-per-week for playing at Anfield at the beginning of his tenure, quite low compared to other top players in the premier league. Still, in July 2018, he signed a five-year deal with Liverpool that includes a base salary of £200,000 per week and a bonus structure worth at least $15 million a year.

Adidas made Mohamed Salah the face of their iconic 1970s-born Adicolor line of sport and streetwear in a campaign launched in 2019.

He also has an endorsement and sponsorship deal with Vodafone Egypt, Falken Tires, and Uber.