Psychology; the science of mind and behaviour. It plays a role in every waking decision we make and is the underpinning study of our learned habits.

The importance of psychology is well documented in a diverse range of disciplines, from economics to business and even interpersonal relationships. But in no sphere does it represent the difference between success and failure more so than in sports.

Which activities require Psychology the most?

There are few sports that take place more explicitly in the mind than poker and hence it represents an informative case study for sports psychology. Poker games largely revolve around how your play will be interpreted by your opponents—placing different bet percentages has an impact on the signals you send out across the table. Others will begin to formulate an idea of how good your hand is based on the decisions you make.

Compared to traditional sports, poker is unique, in that players have no control over the hands received; the skill element of the game comes from convincing other players the cards held are better or worse than they actually are. While players can get lucky on occasions, to perform consistently at a high level, you must master these concepts.

These fundamentals can translate to other sports and vice versa. There are many athletes in other disciplines that have also found success in poker. Websites like www.90min.com suggest Spanish footballers like Gerard Piqué who has one world cup and several Champions Leagues titles to his name, has poker career earnings of $668,155.

Tells are physical changes in a player that give a clue as to what hand they might have. They can range from subtle gestures like eyebrow raises to more obvious changes in personality.

Hiding a tell is comparable to outwardly exuding confidence, even when internally you might have your doubts. Displaying assuredness in the sporting arena has the potential to demoralise opponents while the same can be said for the contrary—sensing weakness can be a motivating factor.

Boxers will frequently declare that bouts can be decided before a punch has even been thrown. Intimidating boxers such as the ice cold Mike Tyson and the infuriating wit of Muhammad Ali are prime examples.

Watching back video recordings of poker performances can illuminate unconscious reactions (tells) that might give away when you receive good cards or when you’re bluffing. This is where a good coach is worth their weight in gold.

Patience is another rudiment of successful poker strategy. Most veterans will encourage playing few hands but to play them aggressively when you do.

5 Best Female Boxers of All Time

Having the patience to wait for the right cards to come your way is a skill that takes practice but similarly if you play only your best hands, that in itself can be considered a tell. In many other sports it’s beneficial to wait for the right moment. From cricket to only playing the ball on its merit and not swinging wildly at every delivery to not choking when victory is in sight.

Having the confidence to walk away from a bad hand as the odds turn against you. There is a tendency to chase your chips as the pot becomes bigger but if it’s clear your opponent has the better hand, it takes mettle to fold.

The Question of Gamesmanship 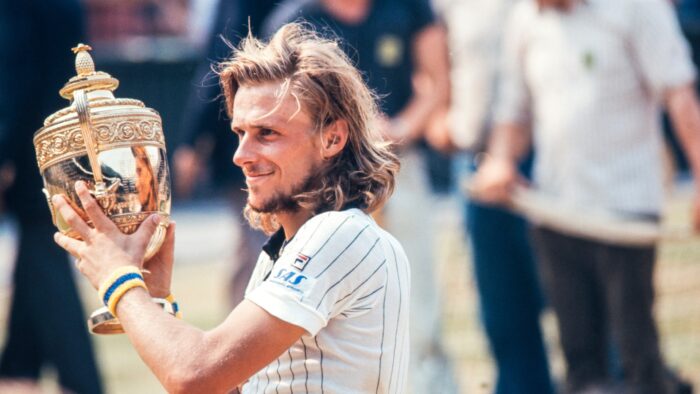 Gamesmanship is a divisive topic in sports psychology. Certainly the most cut throat coaches will advocate ‘getting into your opponent’s head’, whatever the cost.

There’s a question mark over the morality of these practices and whether or not they are in the spirit of the sport but if victory (within the rules) is the only objective, there are few that could argue that they’re not effective. At the very least, players need to understand that their opponents may be willing to adopt these strategies in order to secure a win, and should be prepared to deal with these tactics and ploys should they arise.

Swedish tennis champion, Bjorn Borg earned his nickname as the Ice Man for his unflappable demeanour on the court. Nothing could contrast his nature so plainly as the attitude of his long time adversary, John McEnroe.

Relaxation and stress management techniques can be employed both in high pressure scenarios and as part of a regular routine when not competing. Meditation and mindfulness practices have proven to promote long lasting benefits to sleep, blood pressure and mental health.

Often in important matchups, teams will play well in the first half and not show up in the second. Mental toughness is an ability which allows athletes to maintain a level of concentration and control over the situation for extended periods of time. SportingFree shows Ronaldo’s stats are representative of how a good mindset can make you become the best of your art.

The culture of the team and routines put in place by coaches has a profound impact on individuals within teams. A positive approach, moving away from autocratic coaching techniques can inspire confidence in players and help avoid mental fatigue.

To perform consistently at higher levels the importance of sports of psychology cannot be overlooked. Psychological factors can and should be discussed and trained like any other aspect of performance.