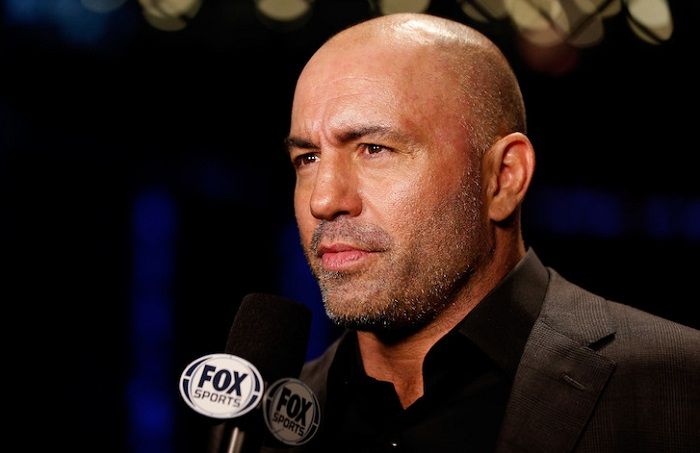 Joe Rogan is an American comedian, actor, mixed martial artist and UFC Commentator. He is one of the most popular and highest-paid podcast host. The American is one of the richest and successful commentators of the Ultimate Fight Championship (UFC). Rogan debuted as an interviewer for the UFC at UFC 12. He is also the most paid commentator of the UFC. According to reports, Joe Rogan’s net worth is around $100 million.

Born on August 11, 1967, in Newark, New Jersey, Joe Rogan had an uneasy childhood. His parents split when he was just five. They shifted from place to place before finally settling in Newton Upper Falls, Massachusetts. He took karate at the age of 14.

When he turned 19, he won the US Open Championship taekwondo tournament in the lightweight category. Rogan enrolled at the University of Massachusetts Boston but dropped out before graduation. At 24, he moved to New York City to pursue a career in stand-up.

The World’s highest-paid podcast host, Joe Rogan net worth is estimated at $100 million. The major source of income for Joe is UFC, a podcast which he sold to Spotify for around $100 million. Furthermore, he earns money from Youtube and Itunes as well.

In 1994, Rogan made his television debut in the “Half-Hour Comedy Hour” show. The same year he got his first acting breakthrough and got a role in the sitcom “Hardball”. He starred in the NBC sitcom “News Radio” from 1995 to 1999. In 1997, he shifted to UFC as a post-fight interviewer.

Joe got fame after Fear Factor. He hosted the show. Although the show ended in 2006, it still remains one of the most popular shows in America.

Although he made his UFC debut in 1997, he left after a few years due to low pay. He made his comeback in UFC in 2003. From 2003, he is regularly paid by UFC President Dana White. He is now the core member of the UFC commentators team. Currently, he does 10 UFC shows in a year.

He began his podcast – ‘The Joe Rogan Experience’ back in 2009 with comedian Brian Redban. With time it grew massively and is now one of the most renowned podcasts out there. Various notable figures like Elon Musk, Lance Armstrong, Mike Tyson, and various MMA World Champions like Kamaru Usman, Georges St. Pierre, Jon Jones, Israel Adesanya, etc. have been guests on his podcast.

He sold his podcast to Spotify for reportedly $100 million. This is the most expensive licensing agreement for a podcast to date. Fans across the globe eagerly wait for his new episode of the podcast.

Disclaimer: All the facts and figures about Joe Rogan net worth are based on the analysis, research and reports released by trusted sources.