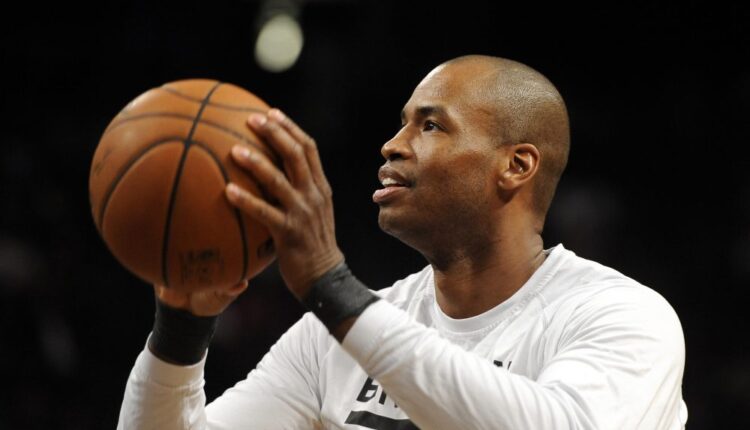 “Nobody should need a favor to live honestly. In nobody’s world should being careful mean not being yourself. The career you choose shouldn’t dictate the parts of yourself that you embrace.”

These were the words penned by NFL defensive end, Ryan Russell, in 2019, when he announced that he was bisexual. He was referring to numbers of gay athletes who have always been “coached” not to reveal their sexuality as it would hurt their careers.

But many have boldly come out, and good for them. And gay athletes coming out are great models (and not just to their fellow athletes), showing that being who you are in your personal life should not impact your career success – only your skill and talent should.

So, let’s unpack the stories of five professional athletes who have come out.

In August, 2019, Smith became one of only a handful of gay CrossFit athletes to publicly announce they are gay. In a video posted on Instagram to his 300,000+ followers, he said, “Took a DNA test, turns out I’m gay.” He went on to explain that he had struggled with this issue since he was 12 and went through the same pattern that most gay men do – denial, fear, and finally acceptance.

Here is a man who can deadlift 550 pounds and squat 440. It rather destroys the stigma that gay men are effeminate, doesn’t it?

He went on to tell his viewers that he knew he was gay but hated himself for being attracted to men. And that is why he threw himself into sports – to try to avoid what his brain was telling him.

O’Callaghan’s history as gay is much like many others were at the time. He was ashamed, hated himself, and lived in fear. In his own words, his plan was to play football, eventually retire, and then kill himself. He figured it would be easy, as he was on painkillers (and addicted to them) after a shoulder injury.

It was during a session with an NFL psychologist that he admitted that he had been “closeted” all his life. This psychologist convinced him to come out, at least to family and friends. And once he did, he experienced love and acceptance. All of this is summarized in his 2019 autobiography, My Life on the Line: How the NFL Damn Near Killed Me and Ended up Saving My life.

O’Callaghan has since been a major supporter of “The Trevor Project” and has established a foundation/scholarship fund for LGBT young people.

His advice to parents and friends of closeted gays? “I was convinced from a young age that my family would never love me if they knew who I really was. The things you hear as a child—every time you hear someone say ‘f—-t’ or talk bad about a gay guy, or see something on TV and make fun of that. If you have a closeted kid, he hears every one of those times you say something. It sticks with him. This was 25 years ago. Most of the things they said were out of ignorance, not hate.”

Tennis star Navratilova came out in1981, one of the earliest international sports figures to do so.

In an interview with Piers Morgan on Good Morning Britain, Navratilova opened up about being lesbian, and how she felt after coming out publicly. The most important statement she made? “I feel free.” She also stated that she believes it made her a better tennis player. “Maybe some of it was because I felt free, I didn’t have to pretend, or not say, or speak about who I was. Maybe that’s when I became a better tennis player, the freedom that comes with that.”

According to Navratilova, she couldn’t come out until she became a U.S. citizen, because, in her native Czechoslovakia, it would have disqualified her from competing. But she also states that coming out was the release of a huge amount of self-pressure and that others can feel the same relief that she finally did. As she claims, she has never met an “out” gay who wishes they were back in the closet.

Today, at 68, Navratilova is a public and outspoken advocate for LGBTQ rights.

This 7-foot tall center in the NBA came out as gay in 2013, the first player in major team sports in America to do so. In total, he served 12 years with the NBA after playing for Stanford while in college. He has played for the Houston Rockets, the Washington Wizards, the Boston Celtics, and the Brooklyn Nets. During his final game, he wore #98 in honor of Matthew Shephard, the University of Wyoming gay teen who was kidnapped and tortured and who later died in 1998. Collins retired in 2014.

Collins wrote a deeply personal column for Sports Illustrated and had this to say:

“When I was younger I dated women. I even got engaged. I thought I had to live a certain way. I thought I needed to marry a woman and raise kids with her. I kept telling myself the sky was red, but I always knew it was blue…I’ve endured years of misery and gone to enormous lengths to live a lie. I was certain that my world would fall apart if anyone knew.”

In the end, Collins says, he finally felt whole, is really the same person he has always been and is thankful for family and friends who continued to “have his back.”

If Brinney Griner was not a household name before, it is now. This female WNBA star currently sits in a Russian jail, accused of bringing pot into Russia.

Griner has a long record of success in women’s basketball, being the number one draft pick by the Phoenix Mercury in 2013, out of Baylor University, where she led her team to an NCAA championship. This was the same year that she came out as gay.

Griner grew up in Texas, and not much is known about her childhood. By the time she was in middle school, she towered over her classmates and was the brunt of a lot of teasing and bullying. At one point, she admits contemplating suicide, but making it through that period of her life, she says, just toughened her up for the reaction she might endure once coming out – something that all athletes who are gay fear they will endure.

Griner came out in an interview with Sports Illustrated in 2013. She admitted that coming out wasn’t all that difficult because she had never really hidden her sexuality – she just didn’t talk about it. And, because Baylor, a conservative Christian university, had a policy condemning homosexuality, her coach told her to hide it. But she expressed her hope that the younger generation of gay kids would understand that it is okay to come out when they are ready.

For Grinder, coming out first occurred in high school to her mother. They kept it secret from her father until she was a senior. With just a short time to go before graduation, he kicked her out of the house, and she had to go live with her assistant coach. Today, that relationship has been repaired.

Of course, there are many athletes who are gay, lesbian, bisexual, and more. To understand these terms, check out Taimi, an online dating app where people in the LGBTQ community meet to discuss their sexual identities and their challenges of coming out. But here’s the thing: the more that the “well-knowns,” especially successful athletes, are open about their sexuality, the more tolerance and understanding are promoted.