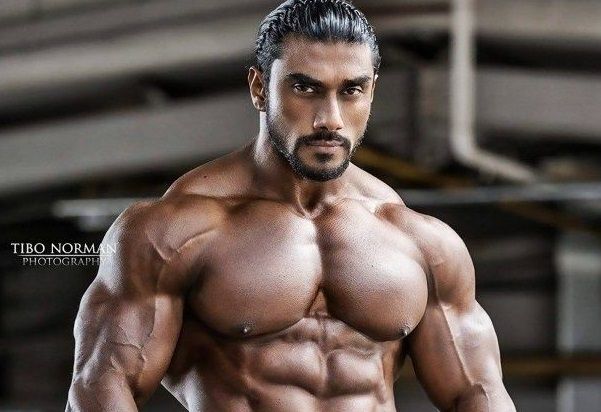 10 Most Famous Bodybuilders in India

Bodybuilding has emerged as one of the most popular sport and many Indian athletes are now aiming to become international bodybuilders stars. Here we look at the top 10 most famous bodybuilders in India.

Bodybuilding has been part of the Indian Culture throughout history and was widely known as “Pehlwani” and a shortcut way of getting into the sport “Kushti” or wrestling during olden days. India is home to several passionate bodybuilders who aim to make their nation proud, attract popularity and respect towards the sport and art of Bodybuilding.

Here’s the list of some of the most famous Bodybuilders in India who are also popular internationally.

Thakur Anoop Singh is a very versatile person, along with being one of the top Bodybuilders he is a Pilot and also an Actor. He is often seen starting in Kannada movies and TV series with the most prominent role of Dhritarashtra in the Star’s TV series, Mahabharat.

Murli Kumar was an Indian Navy Sailor and had never dreamed about being a bodybuilder. At 35 years of age, Murli Kumar began to lift weights and workouts. Murli Kumar is one of the most famous Indian Bodybuilders and an inspiration for the new bodybuilders in India. He gave an outstanding performance at the 2012 Asian Bodybuilding Championship.

He had decided to become a bodybuilder at a very young age, and after becoming a bodybuilder, he had fulfilled his passion for serving the nation; he served the Indian army for 15 years. Rajendran Mani ‘s body weight is around 90 kgs. He is one of the most hardworking and experienced bodybuilders out there.

Amit Chhetri is a famous Gorkha bodybuilder, who has over the years brought several honours for the nation. Since 2006 he is working as a constable for the Uttarakhand Police.

Besides having a considerable physique and being one of the most famous bodybuilders in India, Varinder Singh Ghuman is also a Wrestler. He endorses and promotes Arnold Schwarzenegger’s healthcare and fitness products in Asia. He is very popular in his birthplace Punjab, and starred in a Punjabi film called ‘Kabaddi Once Again.’ He has a personal gym at his home in Jalandhar. Varinder Singh is also a Vegetarian Bodybuilder, and recent rumours are he is offered a role in a movie by Superstar Salman Khan.

Wasim Khan is one of the hardest workings, and humble Bodybuilders one could find in the circuit.H e has achieved immense success in the years 2015 and 2016, remain ambitious and aims to win the prestigious Mr.Olympia title one day. He always remains thankful to those who encourage and support him daily.

Ankur Sharma has been the inspiration to young budding Bodybuilders.He was born in Chandigarh and is one of the finest and energetic bodybuilders in the business. He is currently the youngest bodybuilder from India to gain success in this field so early.