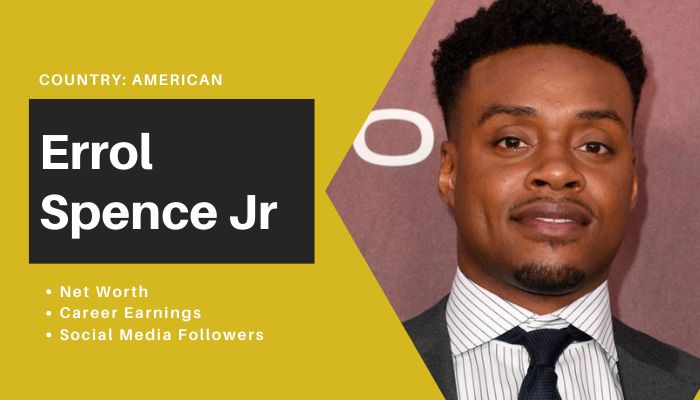 Errol Spence Jr fought and won the biggest bout of his life on 5th December, when he retained his IBF and WBC welterweight titles against fellow American and arch-rival Danny Garcia. Spence who was turned professional in 2012 is now the world’s best active welterweight player. Thus with increasing success over the years, the weight of the wallet increases and as per the reports, Errol Spence Jr’s net worth is $7.5 Million.

Errol was born on 3rd March 1990 in Long Island, New York, U.S. The 30-year-old hails from America because of his mother’s origin, although he is also of Jamaican descent through his father.

Spencer had a knack for boxing and when he was just 19, competing in amateur boxing he won US annual amateur boxing competitions called as ‘US National Golden Gloves’, and also won three consecutive national amateur welterweight championships from 2009 to 2011.

In 2012, Spence made his debut in the Olympics but lost in the quarter-finals, but that only made him take the decision to turn professional. His first fight came against Jonathan Garcia whom he defeated to kick off his career with a win.

In 2019, Spence Jr went a notch up when he took on Shawn Porter for the WBC welterweight title and won his unified title. But just a month after the fight the American got into a fatal car crash due to drunk driving and was forced to pay a heavy fine.

A year later to now, Errol Spence Jr bought the biggest bout of his life against Danny Garcia and retained his titles, and also he took  $2 million for the fight, the highest he ever took for any fight. But do you know what is Errol Spence Jr net worth?

Spence fought just 3 matches from 2019-2020, 2 coming in 2019 and 1 in December 2022. Spence took a whopping  $1.3 million for his fight against Mickey Garcia, then he took his then career-high purse of  $1.5 million against Shawn Porter. Talking about his latest fight then Spence Jr charged his career-high fee of  $2 million against Danny Garcia.

Spence Jr is enjoying the peak of his career from being named as the ESPN prospect of the year in 2015 to being the best active welterweight player in the world, Spence Jr has raised his bars and salary over the years and earned a whopping $7.5 Million in his stint at boxing.

Errol Spence Jr is also in charity as he during the global COVID-19 pandemic, was seen distributing supplies along with trainer Derrick James.

Spence is not much much into endorsement but is sponsored by famous boxing glove company Everlast. The American is also sponsored by SmartStop Self Storage.

Errol Spence Jr has just over a million followers collectively on social media.