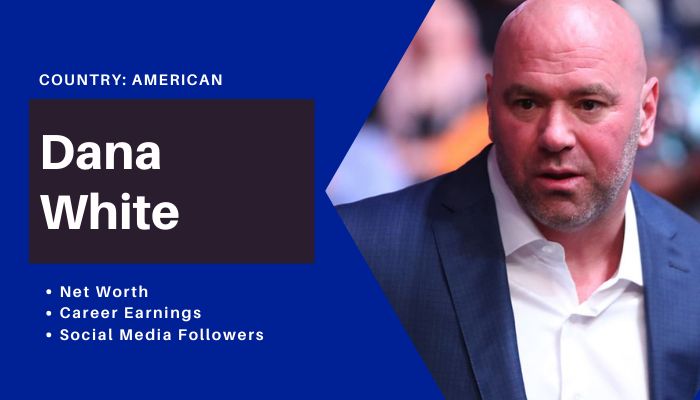 If there is anyone who played a key role in the success of UFC then that person is none other than Dana White. The reigning UFC president was born in Boston and later moved to Las Vegas. He along with the Fertitta brothers purchased UFC for $2 million dollars. Under Dana White’s leadership, UFC has grown tremendously and became the world-famous MMA promotion. The president of the UFC, Dana White’s net worth is around $500 million.

Currently, the company is owned by Endeavor and Dana White who holds the major share in the company. The UFC president also has a keen interest in gambling and he is known for winning big money in casinos.

The net worth of Dana White is estimated to be $500 million dollars. White’s annual salary is around $20 million dollars. He likes to spend big and owns three houses in the tournament hills enclave. Apart from the nasty, aggressive and business-minded side, Dana White has another side.

The American also likes to do charitable works. Throughout his life, he has done so many charities. He donated $100,000 to Dustin Poirier’s charity, $50,000 for a liver transplant to the daughter of one of the instructors at Tiger Muay Thai, gave $100,000 to his former high school, and $1 million to Las Vegas shooting victims.