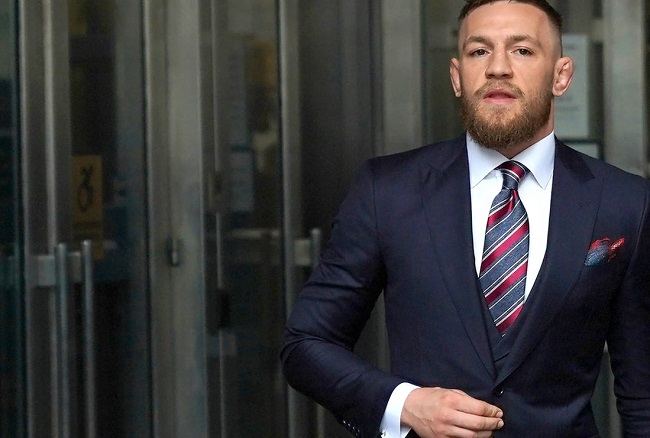 The Irish UFC fighter has become the poster boy of UFC and Mixed Martial Arts (MMA) itself. Known as “The Notorious” is one of the most popular current athletes, he is the sport’s most marketable name, featuring in three of the top four most subscribed pay-per-view events in UFC history. As of 2022, Conor McGregor net worth is $120 million which makes one of the highest-paid athletes.

McGregor’s biggest career payday, however, came away from the UFC Octagon ring and was in the boxing ring against legendary boxer Floyd Mayweather, where he was estimated to have earned £80m.

“The Notorious” is the only fighter in the UFC’s history to hold the titles of two different UFC weight classes simultaneously when he was former UFC Lightweight and Featherweight Champion briefly at the same time. The 31-year-old has an MMA record of winning 22 out of 26 fights, in which 19 were straight up from his Knockouts. According to Celebritynetworth.com and Forbes, Conor McGregor’s net worth is $120 million and was ranked 21st on the Forbes list of Highest-paid athletes with $47 million earnings in 2019.

McGregor has signed an 8 fight deal with UFC and with a base salary of $3 to $5 million per fight with additional pay per view bonuses.

Conor earned around $15 million from endorsements with big brands like Burger King, Beats by Dre, Monster energy drink, and Anheuser-Busch.

The Irishman has a sponsorship deal with Sports brand Reebok paying him $5 million per year.

McGregor started Irish whiskey distiller “Proper No. Twelve”, and since launch has sold more than 200,000 cases. He also has his own designer clothing line ‘August Mcgregor’ clothing line partnered with David August heil.

McGregor is a man of style and passion, he likes to live a luxurious shiny life with a huge car collection and big lavish mansions.