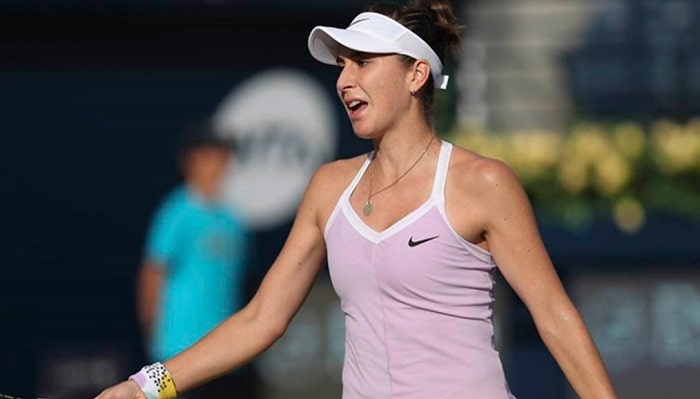 Belinda Bencic recently made history after winning a gold medal at Tokyo Olympics 2022 in the Women’s Single Tennis event. Let us look at Belinda Bencic other achievements and net worth in 2022.

Belinda Bencic is a Swiss International, ranked number 4 in the world by WTA. She recently won the gold medal at Tokyo Olympics after beating Marketa Vondrousova 7-5, 2-6, 6-3 in the final. Not only that, she reached the finals of Women’s Doubles alongside V.Golubic but lost to the Czech Republic. The 24-year-old has a great career ahead of her.

The Swiss International has been playing professionally for 8 years. In these 8 years, Belinda has earned many prizes and has accumulated around $8million in prize money.

At the moment, Belinda Bencic net worth is close to $5million. The Olympic success will surely attract more companies and new sponsorship deals.

At the age of 17, she made her first appearance in the top 100 in rankings. Just a year later, she was among the top 10 in the world. Like many other tennis stars, Belinda Bencic had her struggles with injuries. From 2016 to 2018 was the most difficult moment for her as she struggled with a wrist injury.

This period also saw her drop out of the top 300. But Belinda has Made a comeback and is currently number 4 WTA Rankings.

Belinda reached the quarter-finals of the US Open when she was 17, the youngest to do so after Hingis in 1997. In the same year, she reached the finals of the WTA Finals in Tianjin. The following year she won her first title at Eastbourne International.

Read More On Tennis: How To Buy US Open 2022 Tickets

In Canada, Belinda was at her best, which resulted in her winning the title. In the semi-finals, she defeated the world no.1, Serena Williams, who entered the tournament with only 1 loss to her name in 2015. Belinda won the Hopman Cup in 2018 and 2019, where she teamed up with Roger Federer. In 2019 she won the title in Dubai and also reached the semi-final in US Open.