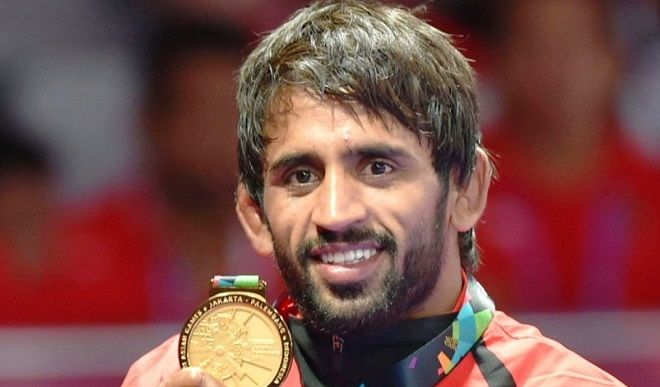 The 26-year-old had started wrestling at the age of seven. Bajrang was trained at the Regional Center of the Sports Authority of India (SAI) in Sonepat, India. Bajrang is the youngest of the three children of Balwan Singh Punia and Om Pyari Punia. His elder brother’s name is Harendra Punia. Wrestling is in his blood as his father is also a professional wrestler.

Bajrang inherited wrestling because the financial condition of his family was weak. His father made many sacrifices to fulfil the dream of Bajrang. They used to save their bus fare and complete their work by bicycle. Bajrang completed his Elementary education in the village itself. He started wrestling at the age of seven and was much supported by his father, after which Bajrang completed his graduation from Maharishi Dayanand University.

Poonia also worked as a ticket checker (TTE) in the Indian Railways.- In 2015, his family left his village and moved to Sonepat so that he could attend the Regional Center of Sports Authority of India (SAI) in Sonepat, India. Bajrang’s hobbies are dancing and playing basketball and football.

Bajrang’s coach is Yogeshwar Dutt, and he aspires one day to be like his coach. Bajrang won his first international medal at the Asian Wrestling Championships in Delhi in the year 2013. In which he reached the semi-finals but was defeated, winning bronze for the country. Subsequently, Bajrang won a bronze medal in the 60 kg category at the 2013 World Wrestling Championship in Budapest, Hungary. He also won the silver medal in the 61 kg category at the 2014 Commonwealth Games Glasgow, Scotland. In 2014, he again won the silver medal in Asian Games Incheon, South Korea.

Bajrang Poonia has won a total of 5 gold, 3 bronzes, 4 silver medals so far in his career. After winning silver at the 2018 World Wrestling Championships, he claimed the world’s Number 1 in the 65kg category.

Bajrang Punia has a net worth of $2 Million (INR 14 Crores) and a major source of his income is wrestling cash prizes and endorsement deals.