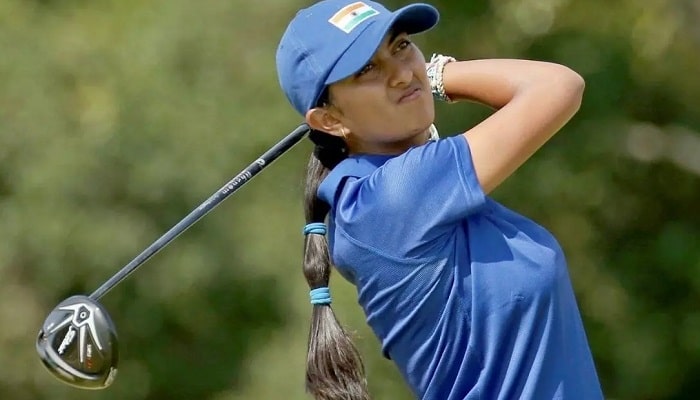 Aditi Ashok is a professional golfer who represents India at the LPGA Tour and Ladies European Tour. She turned Pro in 2016. Aditi became the first and only golfer to represent India at a major tournament when she participated in the Asian Youth Games 2013.

Aditi Ashok was born on 29 March 1998 in Bangalore, India. Born in a middle-class family, Aditi studied at Frank Anthony Public School of Bangalore. She developed an interest in Golf at the age of 5 when there were only three golf courses in the city. Her father took her to the Karnataka Golf Association driving range.

Aditi won the Karnataka Junior and South Indian Junior Championships as a 13-year-old in 2011. She won her first National Amateur title in 2011 and went on to win the title in the next three consecutive years.

Aditi became the only Indian golfer at Youth Olympics and Asian Games 2014. She won the Ladies British Amateur Stroke Play Championship in 2015 and turned pro on January 1, 2016.

Aditi became the first Indian female golfer to play at the Olympics when she booked a spot at Rio Olympics 2016. She was 18 years old at the time, making her the youngest contender at Rio. Aditi Ashok became the first Ladies PGA player from India in 2017 and finished 8th in the Louise Suggs Rolex Rookie of the Year standings in 2017.

Ashok is currently ranked 200th in the World Rankings and stands 45th in the Olympic Ranking.